Brett was a medical school student who had burnt out after several years of study. He no longer connected emotionally to his initial motivation to become a doctor, and as a result was finding his studies tedious and uninspiring. He was finding that other people’s expectations and hopes for him were clouding his own independent and drive: although they supported his plans, their motivations were not the same as his.

In just one session, Brett was able to reconnect to his deep drive to help other people, and to see himself fulfilling that role. He emerged from the session refreshed and realigned with his innermost goals, and was able to resume studies with renewed commitment.

Take the First Steps Towards Positive and Powerful Change

At Navya Hypnosis, we understand that the thought of starting online hypnotherapy can be daunting. That’s why we offer a free 15-minute intro call where you’ll have the chance to ask any questions you may have about our approach and see if we're the right fit for you.

It’s time to start your journey towards healing and personal growth, and we’re here to help!

Book a free consultation today to learn more about Navya’s Hypnosis Assisted Psychotherapy sessions and see if it’s right for you and your situation.

As someone who has experienced firsthand the current downsizing of the tech sector, I wanted to give back and support others who may be going through a difficult time. I’m offering a free full-length hypnotherapy session for anyone who has recently been laid off. This...

I’d like to list the features of an amazingly powerful and easy to use assessment tool that can increase efficiency and work satisfaction. The PDP is 22 page report generated by answering a series of this or that questions that seem completely pointless and unrelated.... 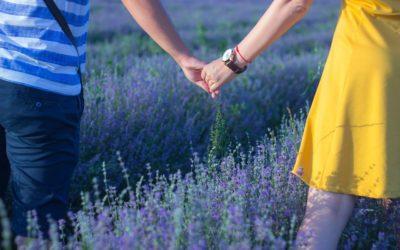 Eve, a therapist herself, came for treatment because she was having difficulty finding a life partner. Despite being successful, outgoing, and good with people, she had dated dozens of guys with no success. In the course of her treatment, Eve was able to explore her...